Finding His A Game: How Coding Boot Camp Helped This Developer Thrive In a New Role 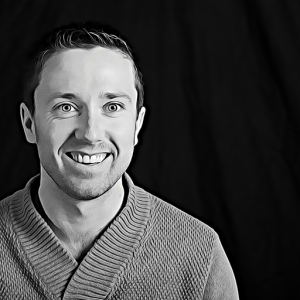 He went to university to study accounting, but always had an interest in programming. In fact, when he had to build a website for one of his accounting assignments, he got an A+.

Darren moved to Australia nine years ago and has worked for REA Group, a global, online real estate advertising company based out of Melbourne, since 2016. When an associate development position opened up, Darren and his company decided he should fill the role.

Embarking on this new career in development, he wanted to gain foundational knowledge, skills, and experience, so he began researching technology boot camps.

Par for the (coding) course

Darren found the Monash University Coding Boot Camp and enrolled. “I chose this boot camp because I felt it covered the most stack — which was important to me because it allowed me to gain an understanding of how the architecture of an app comes together,” he said.

The representative that helped Darren register for the boot camp described it as “intense,” which Darren found accurate. Taking place during the pandemic, classes were completely virtual.

“After the second week of class, there were consistent exercises, homework, and projects to complete with due dates, along with constant revisions,” said Darren. “I personally enjoyed every minute of it.”

Each class began with a rundown of what was going to be covered that day, as well as a refresher of some previous lessons. Students broke off into separate groups to complete activities to help them learn the material, including projects.

The project that stood out to Darren the most was his final project, where he created a full stack web app to help golfers find courses. Golfer’s Choice allows users to create an account, search golf course listings, and save them to their profiles.

These projects helped enhance students’ understanding of various programming languages, including JavaScript, Node.js, and React.js. “I personally had a keen interest in learning JavaScript, because this is the main technology I knew I was going to use most in my day-to-day as an associate developer,” he said.

In terms of concepts he had difficulty with, Darren somewhat struggled with connecting the backend/server to the database. “I found myself spending most of my time learning as much as I could there with the supplemental information that was provided by the trainers, and utilizing their time before and after class to help me better understand,” he said.

In the beginning, Darren was hesitant to speak up during class when he thought he knew the answers to the trainer’s questions. “I got better at this as I progressed through the course, as the trainers created a safe environment where you never felt silly for having the wrong answer,” he said. “Instead, they were encouraging and understanding that we were just trying to learn.”

To help students get through the boot camp, the university offered tons of resources. “The availability of the trainers was a massive resource for me. Even outside of class, they would jump on a video call with me to help me figure out problems that I was stuck on,” he said.

He also used career services to help freshen up his Github, LinkedIn, and CV. Although he already had a placement at his company prior to finishing the boot camp, he still found this resource really useful. “They opened my eyes to how much recruiters scrutinize your work, and how important it is to have your profiles up-to-date,” he said.

New skills, and a new role to match

Darren has had a dynamic career so far at REA Group. He briefly spent time as a NetSuite ERP Support Coordinator before becoming an associate developer with the skills he gained in the boot camp. “I apply what I learned at the boot camp to everything I do at my job, focusing mainly on JavaScript as the language my team uses,” he said.

Now, he’s taking this time to become an expert coder and be more confident in his abilities. In the long term, he hopes to move up to become a developer, and eventually, a senior-level developer.

The boot camp isn’t easy, but Darren got through it and has some advice for future boot camp learners.

“If you’re committed to attending this boot camp, give it your all,” he said. “Dedicate as much time over the course of the program as you can to homework, class, and revision of prior assignments. And don’t be afraid to speak up, as everyone is there to learn, and you quickly realize that others won’t know what you know, and you don’t know what they know.”

Get started with a career in tech by exploring boot camps in coding, data analytics, cybersecurity, and more at Monash University.

We acknowledge and pay respects to the Elders and Traditional Owners of the land on which our Australian campuses stand. Information for Indigenous Australians